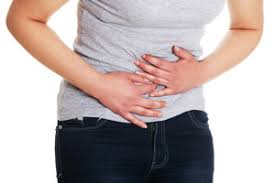 Not all sexually-transmitted diseases affect men and women the same. Chlamydia is one that generally affects women more than men, even though men can act as a carrier for it. The disease attacks the woman’s reproductive system, especially the uterus; this can create permanent damage that can limit her ability to have children later on or cause the potential for ectopic pregnancies, where the fetus forms outside the uterus. While it can affect men, it is usually limited to the urethra and is more likely to make them a carrier of the disease. It is easy enough to prevent through basic protection and can be cured if it is caught early enough.

Most medical services feature a chlamydia website for those seeking assistance in dealing with chlamydia. It can be caught during any sexual act, making it tough to avoid should your partner have it. However, most basic protections can prevent the spread of the disease. Dealing with chlamydia is relatively simple if it is caught soon enough as it can be dealt with through a series of treatments. However, it needs to be caught as quickly as possible, and doing so requires paying attention to what is going on with your body and that of your partner’s considering that you may not even experience the symptoms.

It is possible that you can catch the disease without knowing it; sometimes the symptoms may not appear until a few weeks after you have caught it. Men with it may notice a penile discharge, a burning sensation while urinating, and one or both of their testes may be painful with swelling. Women may experience an abnormal vaginal discharge, a burning sensation while urinating, or even bleeding between periods. However, if they are infected in their rectum then they may experience a discharge, bleeding, or rectal pain. Should you or your partner notice any of these symptoms then you should schedule an appointment with your doctor.

If you suspect that you may have the disease then there is always a chlamydia website that you can go to in order to find a testing site. The doctor will ask for either a urine sample or vaginal swab for testing, If you have it you should at least debate not having intercourse until you are cured in order to avoid spreading it. Keep in mind that you can be re-infected at a later date, so you may want to figure out from whom you caught it, especially as it can result in infertility in men and women.

Chlamydia can lead to some very serious issues if left untreated but it can be hard to detect. As such keep an eye on what happens with your body and that of your partner’s, and you should be able to get cured. Prevention is the best cure, so stay protected during sex and you be able to escape the disease.